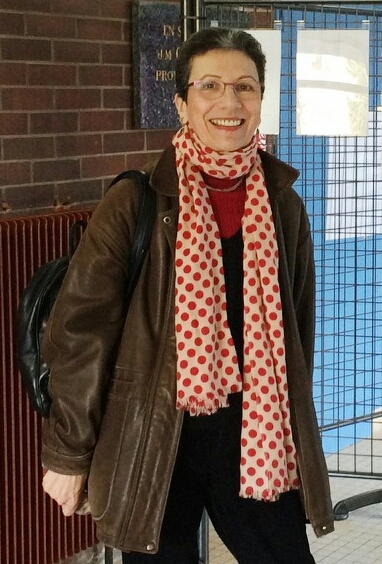 Gayle Feldman was born and raised in Philadelphia, and graduated from the Philadelphia High School for Girls and the University of Pennsylvania. Although she dreamed of becoming a foreign correspondent, she never quite conceived of publishing countless articles, a well-reviewed memoir, or an academic monograph examining a quarter-century of bestsellers and prize-winning books. She hardly thought she would live for long periods in Europe and Asia, and eventually call New York home. She didn’t realize that she would spend a good chunk of her own life writing the life story of another New Yorker, Bennett Cerf, the co-founder of Random House and a key cultural mover and shaker in mid-century America. (Her previous association with Mr. Cerf was as a girl, being allowed to stay up late to watch What’s My Line?.)

She took the road less traveled in 1973 when she moved to Britain and received her M.A. in Modern Languages from Cambridge University. Subsequently, a French government grant enabled her to teach and study for a year in Lille, France. She returned to Britain, married an Englishman, and worked as an editor of academic and educational books in London for seven years.

From 1984-5 Gayle Feldman represented the British Publishers Association on a cultural exchange with the Publishing Administration of China, working at the Commercial Press in Beijing, and the Translation Publishing House in Shanghai. While there she wrote her first articles, a series of “Letters from China” for the London-based magazine of the British book business, The Bookseller, and published one of the earliest Western analyses of Chinese publishing in The China Quarterly (no. 107).

After returning to America and settling in New York City, she did graduate work in Chinese at Columbia University, directed publications and PR at China Institute in America, and began to write features for Publishers Weekly. In January 1989, she was named PW Book News Editor.

While expecting her son in 1991, she was diagnosed with breast cancer, the disease that had brought early death to her mother and grandmother. In 1994, W.W. Norton published her family memoir You Don’t Have to Be Your Mother, which was serialized in Reader’s Digest and The Ladies Home Journal; published in foreign editions in the U.K., Germany, and Brazil; and reprinted by Fawcett.

Gayle Feldman embarked on a freelance career late in 1995, although remained a Contributing Editor at PW until 2008, and still occasionally contributes articles; has written features and reviews on books for The New York Times, The Nation, and others. She has published medical features in Self. Her personal essays have appeared in The New York Times, The Los Angeles Times, The Philadelphia Inquirer, and The Times of London. Since 1999, she has been New York correspondent of The Bookseller, reporting on and analyzing the American publishing industry.

She was awarded a Pew-funded National Arts Journalism Program fellowship at Columbia University in 2001-2, and through the program published a 100-page monograph, Best and Worst of Times: The Changing Business of Trade Books in March 2003. She appeared on the PBS NewsHour, NPR’s On the Media, and the study was quoted in the NEA’s Reading at Risk, The New York Times, The Wall Street Journal, etc.

In fall 2002, she signed with Random House to write an authoritative biography of Bennett Cerf, and was  awarded a National Endowment for the Humanities Public Scholar Fellowship in 2016-17; a Ransom Center research fellowship; and five Ragdale Foundation writer's residencies towards the completion of the book. Anticipated publication is winter/spring 2023-4.